Fog It Blog It, The Bonkers Bus, Ding, Ding! 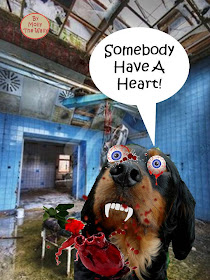 
As it is ‘Shocktober we thought today we’d bring you another story from bizarre spooky London. So heading off to Cambridge Gardens in Highgate we are bus-ting to recount the wheely good story of the Phantom Bus for you. This ghostly apparition afflicted Cambridge Gardens in the wee hours of the morning when the city is asleep and only the brave or the mad venture out. The spectre in question is that of a number 7 double-decker London bus which was last seen in May 1990. It first came to the publics’ attention one early one morning in 1934 when a motorist was driving along when he suddenly swerved for no apparent reason. He was killed when his car hit a wall and burst into flames. At the subsequent inquest into his death, witnesses came forward to testify that they saw a phantom bus at the exact spot where the fatal crash took place. They spoke of their terror as they witnessed it come racing along the centre of the road towards them. We don’t put up with slow-coaches around here, they should have been steering well clear. There were lights on but no driver. In fact, there had been many ordinary accidents, several of them fatal, at the notorious junction. Eventually the local council after they ‘conductor’ a trial, straightened the road and the accident rate was greatly reduced. Thereafter there were no more reports of the ghostly red bus. Come on guys, let’s Stop here. That’s the ticket!

Don't forget to check out the Spooky Gallery to see who has been spooked today! To be spooked pop over to Mollie & Alfie and leave a spooky comment.

Please anyone over the pond that can help with a missing furry friend just scroll down to yesterdays post. Your help is much appreciated. And a big warm thank you to all who have tried to help and left messages of support. Our paws  are crossed.

We also got an award from lovely Clowie! We say a big warm thank you. It is much appreciated. 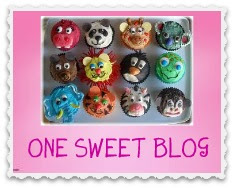